This documentary tells the story about one of the biggest controverses of the twentieth century: the Vatican versus Nazi cruelties. The Pope Oius XII was suspected of Nazi collaboration and was called Hitlers Pope. However, the Vatican had plans for murdering 'Der Führer'. 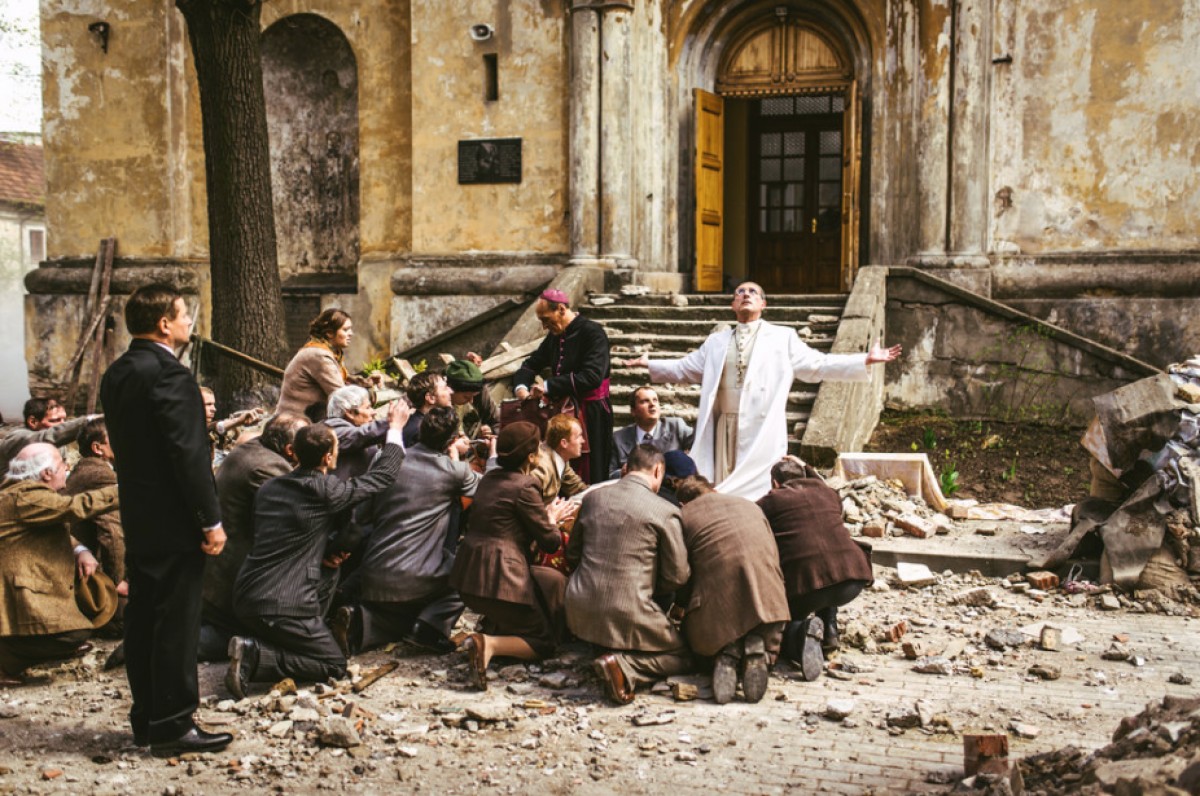 This project was a challenge in many ways. It's always difficult to double completely different locations in the same locality. In this case Vilnius and it's surroundings had to fit for Germany, Italy, North Africa and most importantly - Vatican City.

Vilnius has quite a lot of buildings built in late XIX century and the beginning of XX century, so we were able to match the German interiors and exteriors. While locations like "Hitler's bunker" or some military interiors can be found in an instant, the more challening were the more German places like a traditional Munich Beer Hall as well as The Zeughaus Museum in Berlin. We found great location for the Beer Hall here.

One of the most iconic scenes in the story is the arrival of The Pope to the site of San Lorenzo district in Rome. It is always a challenge to re-create a bombed out city especialy when it's Rome and here is what the production team came up with (see from 0:37 in the video):

Director Christopher Cassel and DOP James M. Costello had very limited angles, but it was enough to achieve great value on screen. We got the location for this scene right in the center of Vilnius old town.

Another interesting task was to match the historical site of "The Wolf's Lair" - an actuall place in Poland. Any modern day looking military base would not work and the production did not have the recources to build anything as big as Wolf's lair. This is exactly when the Soviet heritage comes in handy. The former Soviet military training facility that is not so far from Vilnius can be a great fit for the German military base. It's almost the same period and the purpose of these buildings is all the same. Add the almost identical landscape and the production can get a very good tool to enhance and enrich the story.

The  most difficult part of the project of course was the locations for Vatican City. It's obvious that Vilnius is nowhere near Vatican in terms of achitecture. But even if that's true it doesn't mean that it's impossible to find some similarities. We found some in and around Vilnius. One of scenes was even shot at the Cathedral Square, the heart of Vilnius city. While these locations are still quite far from the majesty of Vatican, they are actually surprisingly cinematic and can offer much more than one might expect.

C. Cassel was very smart in terms of angles he was able to use to achieve the most on-screen value and the locations really served well to tell this very interesting story.

You can see it online on National Geographic.

say hello!
If you secretly love us, drop us a line
© 2020 Baltic Locations. All Rights Reservedcreated by imagine